English section of the StandBlog 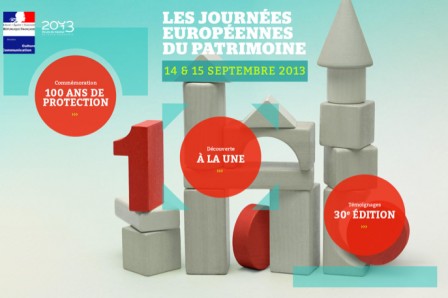 Last week-end, the Paris Mozilla Space has opened its door on both Saturday and Sunday for a special event: the "Journées Européennes du Patrimoine" aka "JEP" and "European Heritage Days". The JEP is an initiative encouraging people and organizations to open the doors of historical-interest places. It's now the 30th edition of the JEP in France, and it's now being organized in many countries in Europe.

Mozilla's Paris Space being located in the Hotel de Mercy-Argenteau, which was owned by the ambassador of Austria to the Queen Marie-Antoinette, it made sense to participate to the JEP initiative.

My colleague Jb Piacentino took the lead on this and organized the event. Employees and volunteers showed up to demo Firefox and Firefox OS while answering questions the public had (the most popular were "How does Mozilla make money?" and "when will Firefox OS be distributed in France?").

1250 visitors showed up on Saturday, and more than 2100 on Sunday, exceeding our expectations by far!

The Non-profit "Association 9eme Histoire" dispatcher volunteers historians who told the story of the building to visitors, with the help of the 9th Arrondissement city hall : Thierry Cazaux, Pauline Veron (who's also on Twitter!) and Nicolas Moulin.

Jb and I would like to thank all of the people involved in making this first participation of Mozilla such a huge success including non-paid staff. It was a fantastic opportunity for us to show the space we have in charge for future generations and also share excitement about Mozilla with people we rarely reach out to. I'm sure many people will try Firefox (desktop and Android) as a result!

Is your focus prevention or promotion?

I have been thinking a lot recently about culture and how things are different on each side of the Atlantic ocean. What is the social norm here in Europe is different from what's socially accepted in the US. I've been observing and reading quite a bit on this topic, and earlier today I was reading on Dan's Pink blog a post about a book on prevention vs promotion. Dan asked the authors a couple of questions about focus. Here are their answers:

Some of us are red lights. We’re prevention-focused. Our overriding goals are to minimize losses, to feel secure, and to elude the looming possibility of failure. Some of us, meanwhile, are green lights. We’re promotion-focused. Our overriding goals are to maximize gains, to feel nurtured, and to take chances even if it means making big mistakes. Red lights aren’t better than green lights — or vice versa. But knowing your own focus — and, equally important, knowing the focus of those you’re trying to lead, teach, or woo — can make a huge difference.

The concept is interesting, and it resonates with me significantly. But is being Prevention-focused and promotion-focused innate or is it something we learn?

We aren’t born with a dominant focus, and we all use both promotion and prevention focus at least some of the time depending on the circumstances. But our upbringing at home and the culture surrounding us can make us more promotion or prevention-focused. How were you raised? When you did something wrong, did your parents punish you with extra chores (prevention) or withdraw their attention and affection (promotion)? What culture do you live in? Americans grow up in a society that praises individual accomplishments and loves innovators, making us more promotion-focused (on average) than societies that emphasizes rule-following and self-sacrifice. And yes, we can change over time because situations can put us in a promotion focus or a prevention focus, and when these situations are institutionalized, they can have stable long-term effects, as when people work in a company that itself has a promotion or prevention “culture.”

I would argue that even if I'm mostly prevention-focused, there is a lot more energy and positivity in being promotion-focused, in my opinion.

There is also the concept of motivational fit:

Motivational fit happens when your experience – the way you are working, the kind of task you are working on, or the feedback you receive – sustains or enhances your motivation. Promotion motivation feels like eagerness, a desire to really go for it. Being optimistic, working quickly and creatively, making choices based on the pros of each option, and being offered incentives framed in terms of potential gains all provide a motivational fit for someone who is promotion-focused.

Prevention motivation, on the other hand, feels like vigilance – being careful and on the look-out for problems. Being a realist (or even a skeptic), working slowly and accurately, making choices based on the cons of each option, and being offered the incentive to avoid losses, all create fit for prevention.

What strikes me is that education and parenting in the US tend to favor promotion motivation, while in Europe, prevention is a bigger part of the culture (which probably explains why entrepreneurship is less striving in countries like France).

But what's the impact when giving feedback?

Promotion-focused people thrive on optimism, so it’s really important to keep them feeling positive even when you are delivering bad news. They need to learn from their mistakes, but not dwell on them for too long. They also respond well to praise, and work best when they feel that they are making real progress toward their goal.

Prevention-focused people, on the other hand, aren’t optimists. (At least, the successful ones aren’t.) They are what psychologists call “defensive pessimists.” It’s not that they believe they will fail – that’s just plain pessimism, and that doesn’t work for anyone. It’s that they believe they might fail, if they don’t work hard and take the necessary steps to keep from getting derailed. This kind of thinking keeps them vigilant, and keeps their motivational machine humming.

This brings me to something that I have witnessed very often in my career, with American coworkers giving feedback to European counterparts:

Prevention-focused people are often visibly uncomfortable with too much optimism or praise – on an often unconscious level, they realize that having a sunny outlook would make them lower their guard, and that their work would suffer as a result. So avoid effusive praise with the prevention-focused – instead, give them honest, realistic feedback about how they might improve.

On the other hand, European, often prevention-focused, may sound harsh and/or rude for giving realistic feedback while praises are expected. Above: "slightly" exaggerated version of how an American Robin perceives the feedback given by a European Batman

Of course, this is just a tiny part of the story, but this is a nice explanation of culture disconnect that I have witnessed in global organizations over the year in my career (Netscape, AOL, Sun Microsystems, Mozilla) between Europe and the US. Conclusion? If you're prevention-focused, try to learn more about become more positive, you'll enjoy it. Also, be gentle when giving too honest and straightforward feedback to promotion-focused colleagues. It will mean a lot to them and they'll be listening harder: your message will come across more efficiently.

[1] Please note that Europeans do not slap their American counterparts, as they should not. It's just that straight honest feedback by someone who's promotion-focused feels like slapping when it comes from someone who's mostly prevention-focused. Over the week-end, More than 150 people gathered in an engineering school classroom to learn, hack and celebrate: Mozillians (paid staff and volunteers) gave talks about mobile development with HTML5 on Firefox OS, then the hacking session started, with Mozillians helping those who wanted. In the meantime, updates on Twitter connected us with the 25 or so other App Days events taking place around the world.

At the end of the day, 36 applications were ready to be demoed, and the authors of the best demos have received a voucher for the upcoming and very cool Firefox OS developer preview phones. Of course, everyone has been handed a T-shirt!

I would like to thank all the people who helped making this amazing event possible. I won't name names because I would surely forget someone, but you know who you are. The event was a blast and it demonstrated the hunger for an Open Web mobile platform like Firefox OS!