On March 13th, 2014, I'll be participating to a new conference, Next Game Frontier, which will take place at Microsoft's shiny conference center in Paris. I'll be discussing The Web as a platform for games - from WebGL to asm.js.

The theme for the conference is "games on the Web", with speakers discussing amazing stuff like WebGL, Babylon.js, asm.js, emscripten, along with educational resources such as Learning3js. 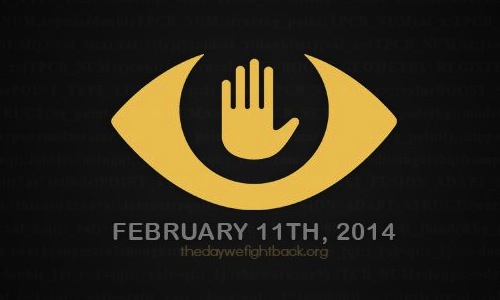 Today, in San Francisco, a Mozilla Monument is officially unveiled. I took pictures of it when I was in California a few weeks ago: My contribution to Mozilla started 16 years ago, in January 1998, a few weeks before the Mozilla project was launched, an event that has changed my life in many ways. A colleague of mine (I'm looking at you, Barry!) asked me a couple of questions on email, and I'd like to share the answers publicly:

"Why are you a member of the Mozilla Community?"

I was a Netscape employee in Paris back in January 1998, and my job title was "Product PR manager". Trained as an engineer, my role was to explain to the media what this Internet thing was about. Best. Job. Ever. Then Netscape announced that due to competitive pressure, it was making its Web browser (Netscape Communicator 4.x at the time) free. This was easy to understand for most. But there was something else to be announced: its source code was going to be released in the open, for people to contribute to it, the Open Source way. Most people stopped understanding that sentence right when reading "source code". No kidding. Nobody had an idea what it meant. And for those who knew, "Open Source" did not ring a bell. It happened that I had some background in Open Source or, more precisely, Free Software. I had met with Richard Stallman in the past and was a long-time user of Emacs ten years earlier.

For many people around me at Netscape, often salespeople or marketing people, this Open Source/Free Software thing was nonsense: it was too technical to be understood and the bottom line was that... it did not contribute to the bottom line.

For me, it was the possibility to invent a revolutionary new future, to build a piece of the Internet, to create a new way to work, to help make the world a better place. I immediately fell in love. This love is still growing strong today.

"Name a fellow Mozillian who inspires you"

So many Mozillians inspire me. In November 2011 at Mozcamp Berlin, I gave a talk that started like this: "You are my heroes". I meant it back then and I still mean it today. So instead of giving one name, let me list a handful of people, even if the three of them will probably hate me for naming them:

"How being a Mozillian has changed your life?" NSA killed my Internet. Now I have to build a GNU one (Parti Pirate allemand) . Source : Frerk Meyer